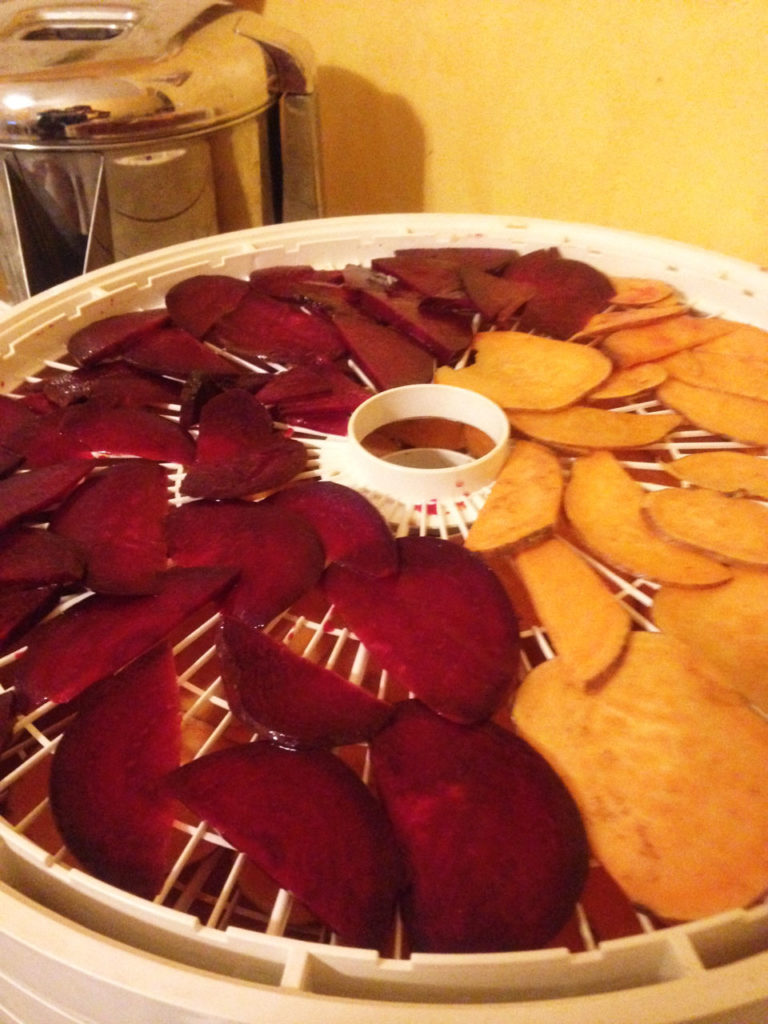 What did I do on New Year’s Eve? Made Dehydrated Beets & Sweet Potato chips of course. Here’s the photos before and after. Ecco a un buonissimo, gustoso capodanno 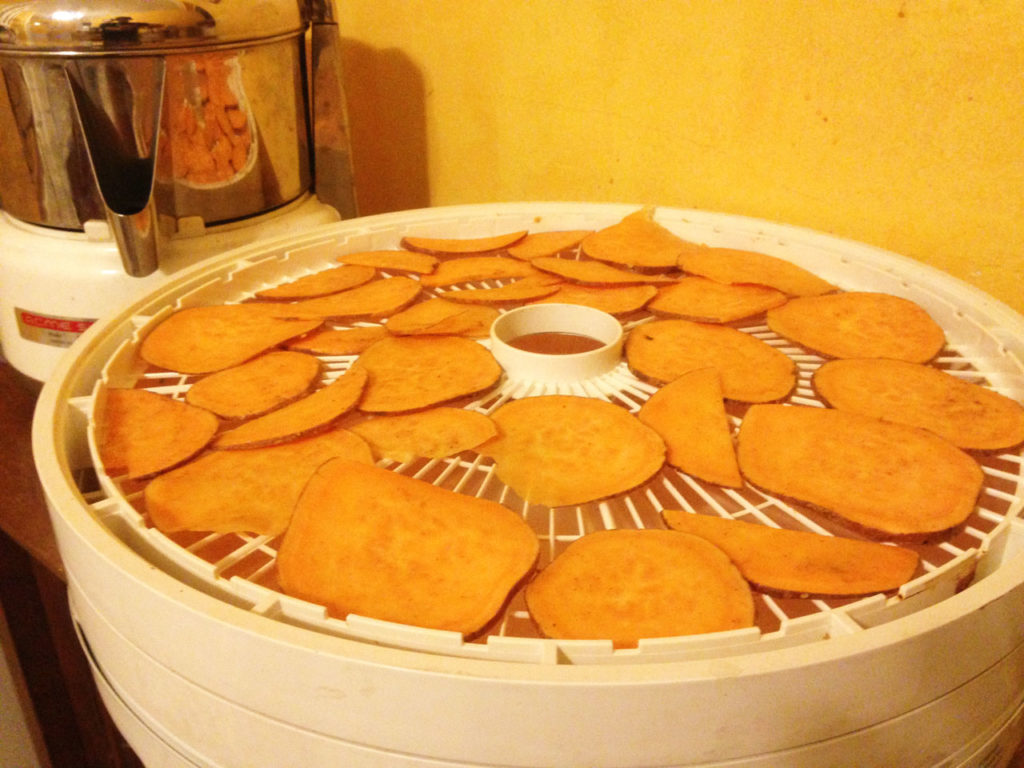 Peel and slice sweet potatoes & beets as thinly as possible with a sharp knife or mandoline. Combine the sliced veggies, water, apple cider vinegar, and olive oil in a large bowl. Let marinate, at least 10 minutes. 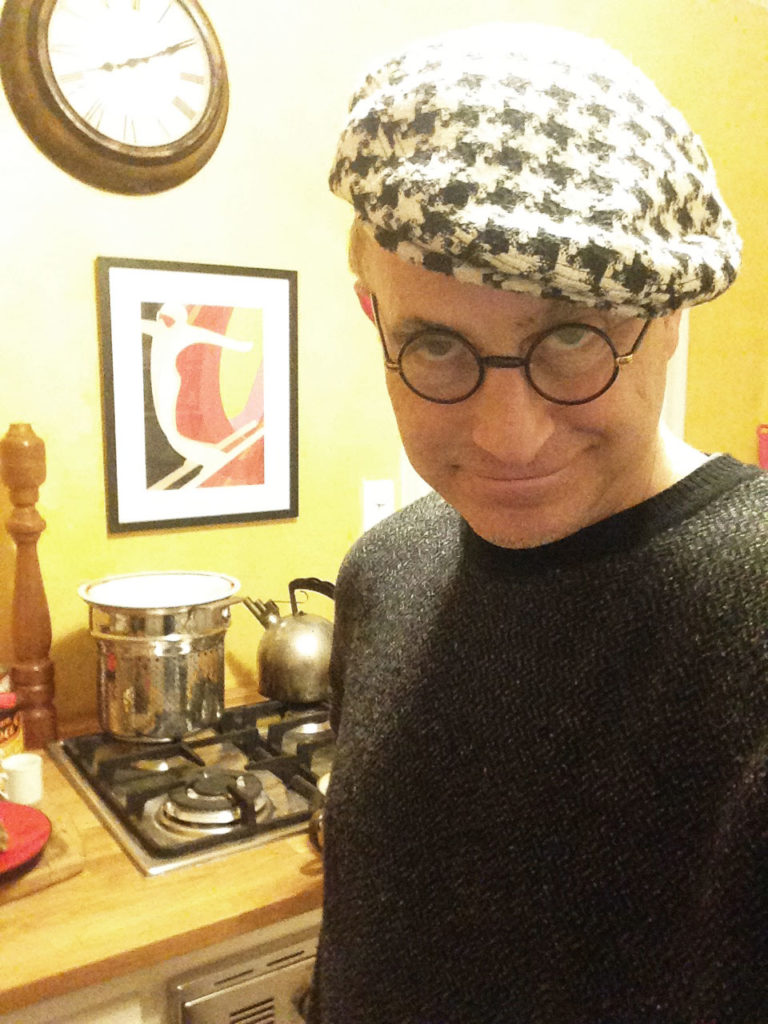 I used both Sweet Potatoes and Beets here. The texture will vary, but if sliced thinly enough, they will end up crispy and easy to eat like a typical potato chip. However, if to thick, you’ll be chewing on them for a while. (so those are the ones I give to the pups.) 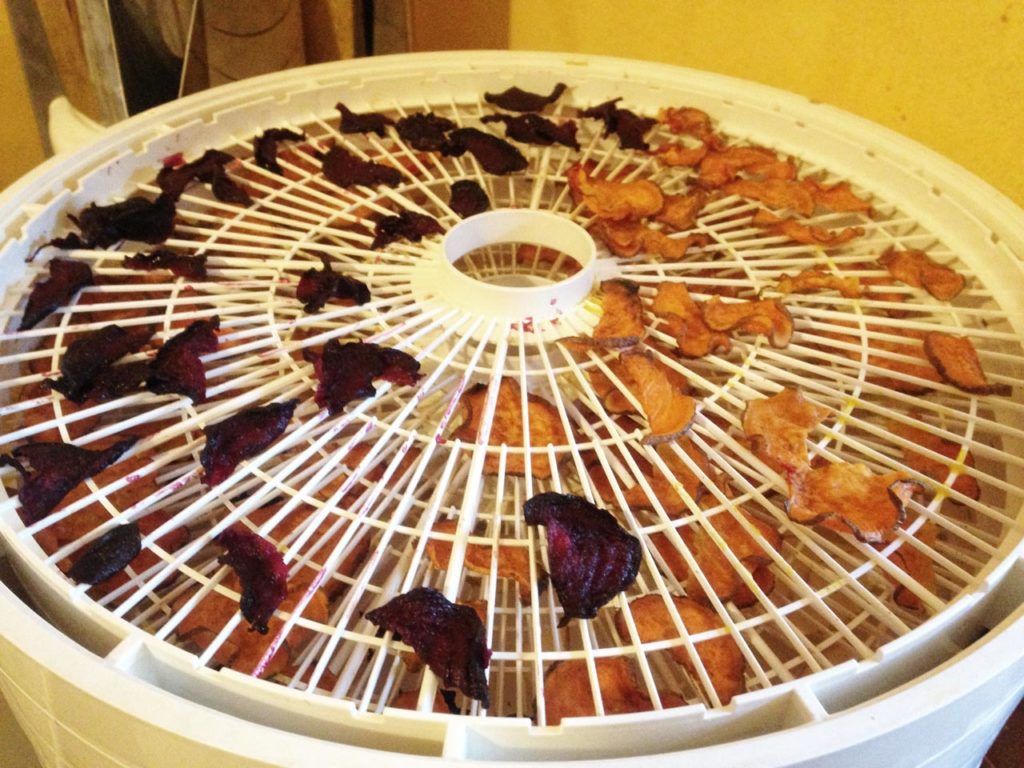 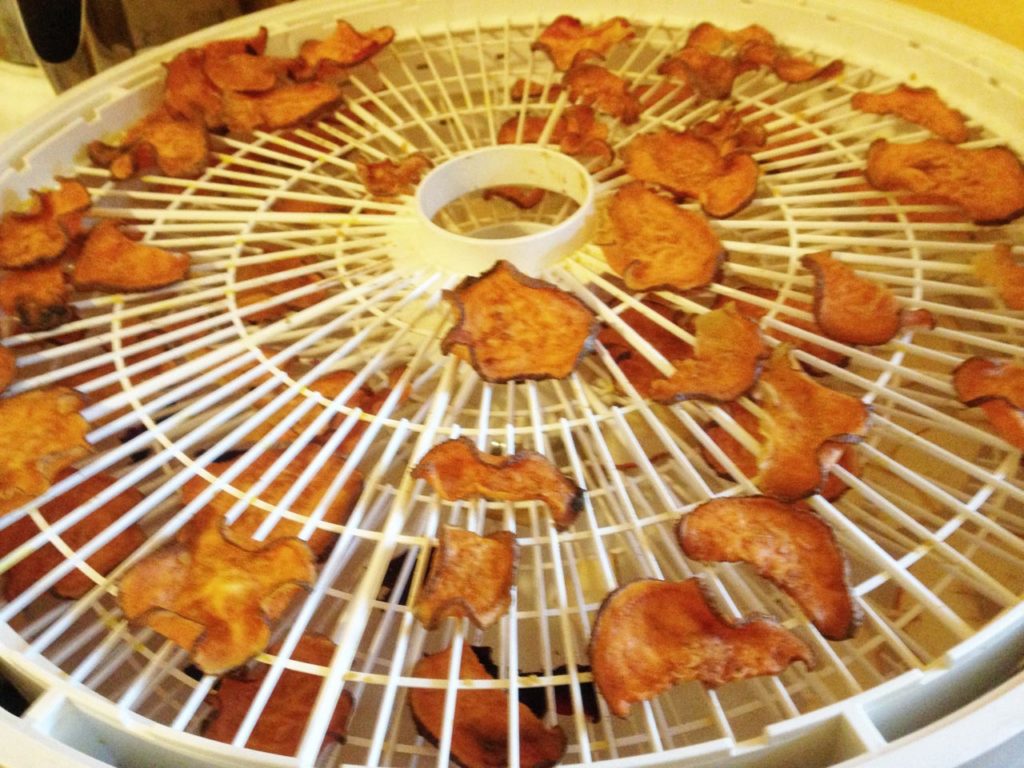