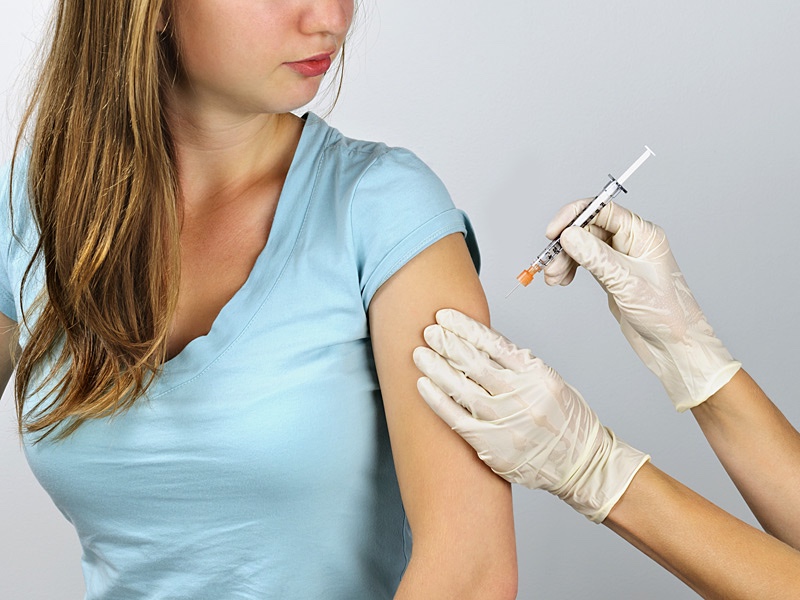 Warnings regarding vaccines & propaganda in news

I originally wrote this on April 4, 2016 when discussing vaccine dangers with a close family member. Here is an excerpt from my viewpoint:

There have been many whistle blowers over the years that have warned us about the dangers of vaccines. Vaccine scientists, researchers, even the very inventors of some vaccines have revealed how their work was misrepresented, their studies skewed and those brave enough have admitted that the vaccines likely cause more harm than good.  Their stories never make it to network news stations because they are censored, their stories simply silenced, as such news poses a great threat to the industries that produce these products, the same industry that provides the millions and billions of advertising dollars for the networks. There have also been thousands of reported vaccine injuries and we know this because the injured (often the parents of injured babies) have gone to courts and the settlements that our government pays out on a yearly basis is astronomical. These stories too are kept under wraps.

“Most citizens of the United States are not even aware that there is something called the National Vaccine Injury Compensation Program, and that if you suffer harm or death due to a vaccine, that you cannot sue the manufacturer of the vaccine, but you must sue the federal government and try to obtain compensation from the Vaccine Injury Compensation Trust Fund,which is funded by taxes paid on vaccines. The amount of money currently sitting in this trust fund is over $3.6 BILLION, as of September 30, 2015….

As I noted above, Congress gave the pharmaceutical companies immunity against lawsuits for injuries or deaths resulting in vaccines in 1986. Prior to this time, there were so many lawsuits pending against pharmaceutical companies for injuries and deaths due to vaccines, that the pharmaceutical industry basically blackmailed congress and told them that if they did not grant them legal immunity against the liabilities of vaccines, that they would quit making them. These vaccine products cannot survive in a free market, they are so bad.”
by Brian Shilhavy , Health Impact News Editor

These powerful corporations cause great conflicts of interest not only in our press, but at the CDC (Center for Disease Control), at the EPA, in almost all parts of government. It’s especially evident in our Health Care system which makes it very difficult to have faith in our public policies in regards to our health and our wellbeing. And to be clear, this viewpoint is not a knock on doctors and scientists. This is about big industry today in the USA, the results of capitalism without accountability and the corruptive power of money.

I have kept well read on health subjects pertaining to everything from vaccines & antibiotics to pesticide use & toxins in our environment for over 30 years now. My viewpoint has nothing to do with conspiracies, and all to do with corporate greed and our rights as people to decide what we put in our body and what we decide is healthy for us. The censorship in commercial media is astounding, and the perpetual propaganda and health scare tactics interwoven into commercial news is equally disturbing which is why you can’t rely on network news for the truth anymore. The high-jacking of our government by corporations to further advance their agendas is the number one root cause of the misinformation that you are fed on a daily basis.

Here’s the thing, I’m glad you admit that our pharmaceutical industry is running rampant and clearly you see reason for concern. Clearly you see that prescription drug use in this country is staggering. (Today 70% of Americans now take at least one prescription drug). That’s astounding! In fact today you can find traces of all the most popular prescription drugs in our water supplies, even the most pristine. That’s just one of the many troubling repercussions of these industries.

Look back at what life was like when you were growing up. It was rare that you found anyone taking prescription drugs. And people were superbly healthier back then. Take a look at people today! Most are fat, many are sickly obese, they are getting cancers at staggering rates. Autism was once a 1 in 5,000 rate (1975) and today it’s 1 in 70 (2015). In New Jersey today it’s 1 in 46 (New Jersey has the most stringent Vaccine requirements in the nation) Go figure.

And here’s more – Did you know that Vaccine companies have been lobbying to get laws passes (for over 40 years) that immunize themselves (no pun intended) from lawsuits from the damages their products might inflict on the population? And did you know that in 2011, our Supreme Court finally succumbed to the pressures of corporate lobbyists and voted to shield drug companies from all liability for harm caused by vaccines mandated by government. That’s the corporate high jacking of our government now stretching all the way to our Supreme Court.

So, now, can you understand why truth involving vaccine injuries & the dangers of vaccines get squashed in mainstream media. You see pharmaceuticals pitched constantly on commercial network TV. It’s hugely profitable, in fact it’s staggering amounts of advertising adding up to Billions. And with that said, why would other billion dollar industries be immune from this plague of corporate greed?

As painful as this may be to your ear, our medical industry is A For-Profit business and is subject to the same pitfalls, needs and temptations of any corporation. Improving peoples health, although important to all of us individually,  is not a priority in our medical industry. Often doctors & practitioners are only following the guidelines set by the immensely powerful medical establishment. And what drives these guidelines and decisions are the CEO’s and Boardmembers of all the most powerful industries that profit from our health care “sick care” system.

This is not public health. This is exploitation of a captive people by a pharmaceutical industry seeking unlimited profits and by doctors in positions of authority, who have never seen a vaccine they did not want to mandate. It is a drug company stockholder’s dream, a health care consumer’s worst nightmare and a prescription for tyranny. http://www.nvic.org

There’s no reason to be concerned about my mind and my health. I’m healthier and in better shape that 99.9% of Americans. If I’m bothered at anything, it’s that the majority of people in America don’t do their own homework when it comes to health. They underestimate the damage they inflict on themselves on a daily basis by eating processed foods, GMO ridden foods, pesticide ridden foods and anything artificially produced. They don’t read the research for themselves and they simply trust the words of any figure of authority or what is said on TV by the talking heads or spewed repeatedly in commercials, written on billboards.

In some ways you can’t blame Americans, because the deeper problem is our the lack of accountability today within our corporate world and within our local state and national representatives.

So here’s your homework – Read these articles and watch these short news stories and documentaries and try to keep an open mind.

These are the brave news anchors. These are the people that risk their careers and their lives to share the truths.

The Dangers of Vaccines – Part 1 https://www.youtube.com/watch?v=fS2l866fCrg

Shocking revelations about alleged CDC misconduct in a study investigating the link between autism and vaccines has been made even worse by an active campaign to censor and silence the issue in the media.

Whistle blowers take huge risks when they come out and tell the truth. It comes at great expense to them as they often get fired from their positions, are intimidated and threatened, they even can lose their medical license simply for their dissenting views. So be respectful of these individuals in these documentaries.

We’re tempted to buy endless amounts of useless products everyday because we’re teased with genius advertising. Our medical industry does the same thing to us but with their drugs. We’re constantly inundated with ads if we watch/listen to commercial TV & radio. We’re lured to take prescriptions we don’t need and we’re frightened into complying with warped profit driven health policies in the name of health and science. But mostly, it’s junk science and it’s the health of our citizens that ultimately suffers from their greed and deception. Ultimately it’s medical McCarthyism.

Here are a few more articles that may shock you. These graphs are eye openers regarding the diseases of the past and help clarify what really halted pandemics of the 20th century. Surprise – It wasn’t vaccines.

This article above looks at all the known dangerous ingredients in Vaccines:
Thimerosal (That is a Mercury based preservative, yes Mercury)
Aluminum
Formaldehyde
Monosodium Glutamate (MSG)
Animal and Human DNA
Polysorbate 80
Triton X-100
Phenol
Phenoxyethoanol

Then it looks at Why Our Health Officials Can’t Be Trusted. Research indicates that conflicts of interest abound in the vaccine industry, making it difficult to have faith in our health authorities. Worse still, evidence points to pervasive corruption among high profile individuals and institutions in the medical-industrial complex.

I’ll conclude by saying that there are thousands and thousands more articles and stories like these on the subject of pharmaceuticals and vaccines. There are videos with personal accounts of vaccine injury, vaccine concerns & warnings, but you won’t find them unless your looking for them. The next step you take is up to you.